Who is Stuart Clark?

Stuart Clark is a widely read astronomy journalist. His career is devoted to presenting the complex world of astronomy to the general public. Stuart holds a first class honours degree and a PhD in astrophysics. He is a Fellow of the Royal Astronomical Society and a former Vice Chair of the Association of British Science Writers. On 9 August 2000, UK daily newspaper The Independent placed him alongside Stephen Hawking and the Astronomer Royal, Professor Sir Martin Rees, as one of the ‘stars’ of British astrophysics teaching.

Currently he divides his time between writing books and, in his capacity of cosmology consultant, writing articles for New Scientist. He is a consultant and writes for the European Space Agency where he was Senior Editor for Space Science for some time. Over the years Stuart has written for amongst others: BBC Sky at Night, BBC Focus, The Times, The Guardian, The Economist, The Times Higher Education Supplement, Daily Express, Astronomy Now, Sky and Telescope and Astronomy. He has written text for an  issue of stamps for the Royal Mail. He writes an online blog for the Guardian called Across the Universe, read all around the world.

His latest books, published by Birlinn Polygon, are novels set around the times of greatest change in mankind's understanding of the Universe. The first book in the trilogy, The Sky's Dark Labyrinth, tells the stories of the lives and work of Galileo and Kepler against the backdrop of the extraordinary times in which they lived. Published in 2011, there is one fictitious character but almost everything written about the other men and women is based solidly in truth. Stuart spent five years reading letters and documents from the time. The second part is The Sensorium of God, published in 2012. It relates the life, times and work of Isaac Newton and his contemporaries in The Royal Society: Christopher Wren, Edmond Halley, Robert Hooke and others. Again one of the characters is fictitious to carry a story arc, but almost everything else in the book is true, drawn from letters and documents created by the men and their contemporaries. The trilogy's third book, The Day without Yesterday was published in 2013. For this account he leapt forward into the twentieth century to set the scene for the achievements of Albert Einstein and a Belgian priest, Georges Lemaître, who found so much more in Einstein's work. Lots of other scientists play their part and Stuart has found so many records of this particular era that no fictional character was needed to propel the story.

Stuart has two new book projects in the pipeline, returning for a while to non-fiction.

Stuart's book The Big Questions: The Universe, published in 2010 by Quercus, has now been translated into several other languages and is still easily obtainable in the UK. The Sun Kings, published by Princeton in 2007, is another of his current books and was written for the general reader. This book recounts the true story of a phenomenally powerful solar explosion that hit the Earth in 1859 and paints the picture of the Victorians who witnessed the awesome event. The Sun Kings was shortlisted by the Royal Society for their 2008 general science book prize and has been translated into Italian, Greek, Chinese, and for the Brazilian market, Portuguese.

Voyager, a big picture book published by Callisto exclusively for Waterstones for Xmas 2010, sold out and was reprinted for Xmas 2012. Earlier huge picture books such as Galaxy, a companion volume to Deep Space, both from Quercus, also take the reader from the furthest reaches of space and time to the beauty of the nearby celestial objects. Upon publication Deep Space was chosen by UK supermarket giant, Sainsbury, as their non-fiction book of the month. Some copies are still available on amazon.co.uk.

Until 2001, Stuart was the Director of Public Astronomy Education at the University of Hertfordshire. There he taught undergraduates, postgraduates and the general public, whilst researching star formation, planetary habitability and the origins of life. In a paper published by Science in 1998, he helped develop the current paradigm that the left-handed amino acids necessary for the origin of life on Earth were synthesized in star-forming regions spread throughout the Galaxy. In 2001, Stuart decided to increase his part-time writing to a full-time occupation. He remains a Visiting Fellow promoting the University and contributing to observatory open nights. Having crossed from mainstream science into science journalism, he now spends his working life translating astronomy, space research and physics into comprehensible language for the general public.

Thirteen other books written by Stuart Clark have been published to date, selling more than 250,000 worldwide and three of which he subsequently updated for second editions. Universe in Focus: The Story of the Hubble Telescope (Barnes and Noble, 1997) sold more than 100,000 copies. One of his children's books, Journey to the Stars (Oxford University Press, 2000), has sold more than 50,000 copies and was OUP's lead title for the 2001 Bologna Book Fair. These books have been translated into eight languages so far - German, French, Spanish, Portuguese, Polish, Czech, Swedish and Danish. Stuart has made contributions to six other published books.

Stuart has written for BBC science programmes and co-wrote the script for a DVD about the Hubble telescope. He contributed to, as well as performing in, a National Geographic programme Storm Worlds. His other numerous television and radio contributions in person include Radio 4's Material World, Radio 3's The Essay, BBC's Tomorrow's World and Nine O'clock News, and Channel 4's Big Breakfast. Promoting his novels, The Sun Kings and Storm Worlds he has been interviewed on radio stations around the globe. He has made individual podcasts and a series of 12 based on The Big Questions: The Universe. Stuart has been the accompanying astronomer on a cruise ship and on an eclipse tour to China. He frequently lectures to the public up and down the UK and, increasingly, across the world.

In his sparse spare time his joint passions are cooking and playing rock guitar, but not at the same time. 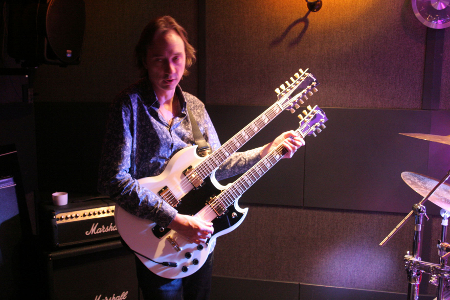 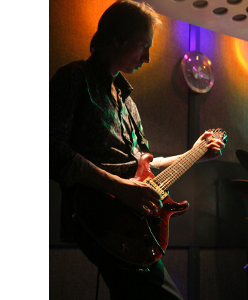