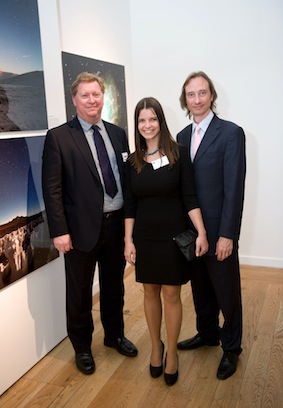 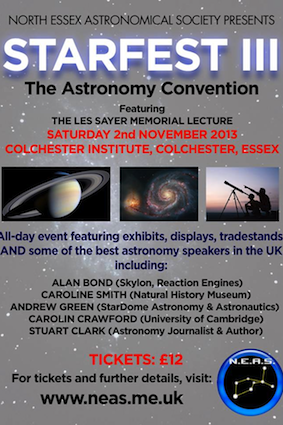 I am delighted that I will once again contribute to this successful function, now firmly established in the UK astronomical events calendar.

Organised by the North Essex Astronomical Society , it takes place all day (9-5) and this year it is in Colchester. There are stands selling all sorts of items, talks on a variety of subjects by some very interesting people and, most of all, hundreds of like-minded people to chat to about the night sky and the universe.

The new equation for estimating alien life across the universe

There's a new piece on my Guardian online blog, Across the Universe:

How many other inhabited planets are there? It's a question that fascinates scientists and lay people alike. A new equation may help weigh up the possibility 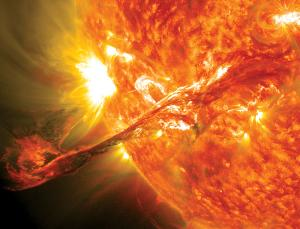 Perseid meteor shower: how to get the best view

I have a new post on the Guardian online Across the Universe blog:

The Perseids, the year's most spectacular meteor shower for viewers in the northern hemisphere, have arrived.

I have written a piece for New Scientist and they have published it online:

Storysack discount for a fortnight