I have a new story published over at New Scientist:

'Following the launch of India's longest range, nuclear-capable missile, has the world become more dangerous - or pretty much just stayed the same as before? ...'

I have a new story published over at ESA:
'A region on Saturn's moon Titan has been found to be similar to the Etosha Pan in Namibia, Africa. Both are ephemeral lakes - large, shallow depressions that sometimes fill with liquid. ...'

The Guardian: Nanotechnology can launch a new age of space exploration

I have a new story published in The Guardian:

'Launching equipment into space is an expensive business: it costs $10,000 (£6,300) to lift every 0.45kg (1lb) of stuff into orbit. Making things smaller and lighter is, therefore, a natural route to reducing the cost of launching a spacecraft. It is no surprise then that the principles of nanotechnology - and the potential to reduce the mass and size of spacecraft and payloads - are focusing the minds of space engineers. ...'

The Daily Mail reviews The Sensorium of God

Kathy Stevenson writes in the Daily Mail, 'I had been greatly anticipating this book after reading The Sky's Dark Labyrinth, the first in Clark's trilogy, so I was cock-a-hoop when it landed on my desk. And my anticipation was not in vain. ...'

I have a new story published over at ESA:

'ESA's Herschel Space Observatory has studied the dusty belt around the nearby star Fomalhaut. The dust appears to be coming from collisions that destroy up to thousands of icy comets every day. ...' 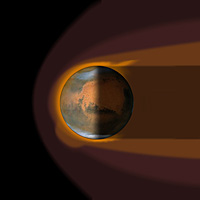 I have a new story published over at ESA:

I’m pleased to announce a seven-date tour of Waterstones book stores this spring in support of The Sensorium of God: Book II of The Sky’s Dark Labyrinth.

Some dates are signings, where I’ll be happy to speak to readers individually, others are talks where I’ll able to expand on the topics in the novel such as Newton, alchemy, the birth of western science and why these stories make great subjects for historical fiction.

Hope to see you there!

Dates and details of these and my other appearances can be found here.

New Scientist: The life and loves of Isaac Newton

CultureLab editor Kat Austin reviewed The Sensorium of God for New Scientist and concluded, “...Clark does a sterling job of covering the tricky period when scientists were the superstars of society.”

We Love This Book reviews The Sensorium of God

Sally Hughes writes on the We Love This Book website, “The best historical fiction goes beyond dates and events, giving historical figures emotions, achievements and failings. This is very much the case here, where petty squabbles sit beside philosophical debate in a rounded picture of great men and ideas." 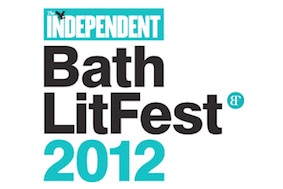 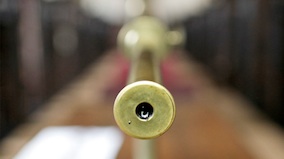 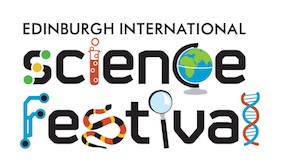 This is a cool result: @ESAGaia reveals the past and future of the Sun. Finding solar 'analogues' is crucial for in… https://t.co/LRjulBFpNS

@ironelwell @Baddiel @MattCosby @goonhillyorg Not recently but I’ll be at Minack playing again next year. 👍

@ironelwell @Baddiel @MattCosby @goonhillyorg Funny you should say that! I was at Goonhilly a weekend or two ago. I… https://t.co/5SQv6ahvtb