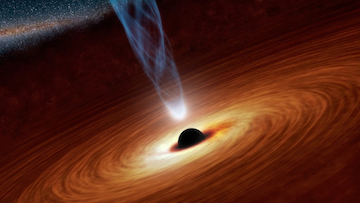 The European Space Agency have just published this article of mine:

“A rapidly rotating supermassive black hole has been found in the heart of a spiral galaxy by ESA’s XMM-Newton and NASA’s NuSTAR space observatories, opening a new window into how galaxies grow. 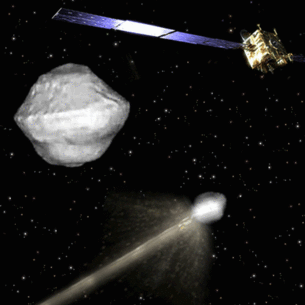 I’ve just had this new article published by the European Space Agency:

“ESA’s proposed Asteroid Impact and Deflection Assessment mission now has a target: asteroid Didymos. The recent Russian meteor and, on the same day, our planet’s close encounter with an even larger chunk of celestial debris underline the need for us to learn more about these high-speed space rocks. 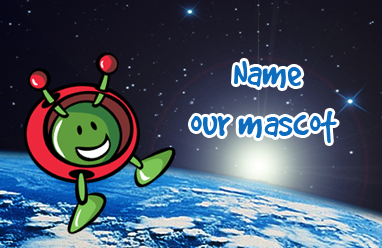 For several months now, I’ve been writing for ESA’s Education Office. This enterprise aims at developing a new generation of European space scientists and engineers, and making school children in general more comfortable with science.

Across The Universe: Asteroids and how to deflect them 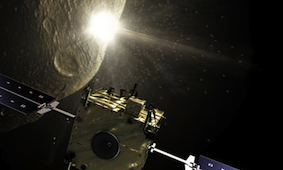 “Hundreds of people in Chelyabinsk have been injured after a huge meteorite flared in the sky above the city, but what is it? ...”

Like many, I woke up to the incredible news that a meteorite had struck Russia, injuring many people. As the events unfolded that morning, I put together this Q&A for the Guardian to place the impact in context.

Across The Universe: How to spot near-miss asteroid 2012 DA14

“On Friday evening asteroid 2012 DA14 skims closer to our planet than any other known asteroid. Although invisible to the naked eye, binoculars can bring the space rock into focus. Or simply watch the webcast

New Scientist: How was Earth's life kindled under a cold sun?

“WHY are we here? As questions go, it's a big 'un, beloved of philosophers and theologists in a navel-gazing, hand-wringing sort of way. Scientists often find themselves raising an objection before the others even start: we probably shouldn't be here to ask the question in the first place. 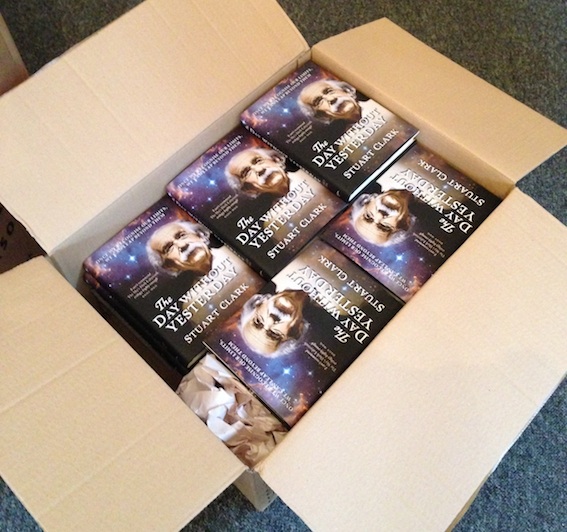 Only a few days to go now until European Astrofest and the first chance for you to get hold of The Day Without Yesterday, the concluding book in The Sky’s Dark Labyrinth trilogy.

The good news is the stocks have arrived (see picture), literally hot off the presses.. You can order copies of The Day Without Yesterday, and the two previous volumes in the trilogy at the online Astronomy Now Bookshop. They can be collected on the day and then do come and find me at the Astronomy Now stand.

I will be there on Friday from the start of the coffee break to the end of the lunch break. I’ll be back on Saturday, too, to sign and chat.
Looking forward to seeing you.

And don’t forget, you can read the first two chapters for free exclusively at Lovereading.

I have a new article posted on my Guardian blog,

“A new adaptation of Brecht's Galileo opens in Stratford-upon-Avon on Thursday. It's impressive not only for the drama but for its demonstration of how to engage people in science

Bertolt Brecht's Galileo has probably brought the tale of Galileo and his trial to more people than any single science or history book ever written. By adapting the story into a tragedy, Brecht explores many facets of the interface between belief and evidence.

These include not just religious faith versus scientific evidence but also Galileo's internal struggle to rationalise his recantation, even though he knows his observations are true.

Having written my own take on Galileo in The Sky's Dark Labyrinth, I have a tremendous affection for this story and the charismatic Italian who discovered the mountains of the moon, the stars of the Milky Way, and the moons of Jupiter. ...”