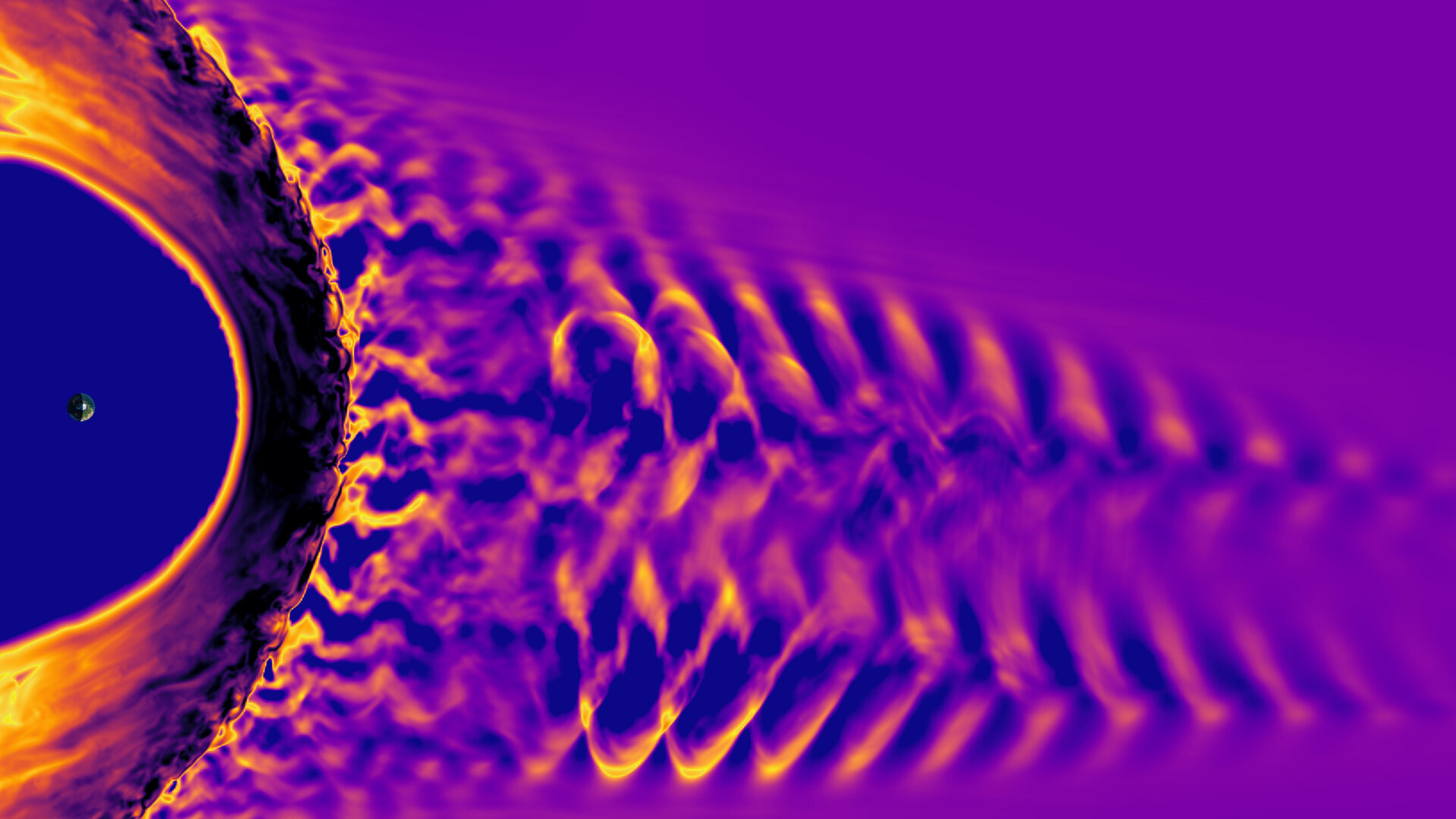 I have written a new story for the European Space Agency and it features some really cool sound files that turn magnetic waves into audible ones:

"Data from ESA’s Cluster mission has provided a recording of the eerie ‘song’ that Earth sings when it is hit by a solar storm.

The song comes from waves that are generated in the Earth’s magnetic field by the collision of the storm. The storm itself is the eruption of electrically charged particles from the Sun’s atmosphere. ..."

Read the full story and listen to the sound of the Earth's magnetic foreshock here.