Guardian Across the Universe: Largest ever map of the universe points to mysterious ‘dark energy’ 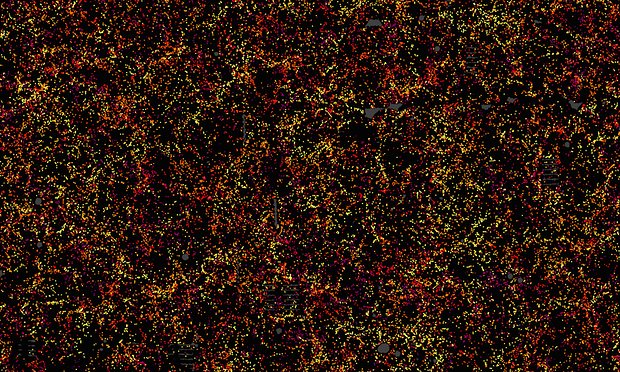 I have a new article posted on my Guardian Across the Universe blog:

"The largest ever 3D map of the universe strengthens astronomers’ belief that three quarters of the cosmos is made of an unknown substance: ‘dark energy’

It is hard to know whether it’s a success or a failure but modern astronomy tells us that almost three quarters of the universe is in the form of an unknown substance called “dark energy”.

Add to this the “dark matter” that astronomers are still searching for without success, and we think we live in a Universe where only two percent of it is the familiar atoms that make up you and I, stars and planets.

Worse still is the fact that no one has a clue about the true nature of the “dark energy” or how such a substance could come into existence. There is no hint of it in any known laboratory physics experiment. So whatever it is, the dark energy is too weak to be felt on small scales. Its effects are only visible when accumulated over billions of light years.

The latest attempt to gain insight into its nature was released on 14 July and presented as the largest map of the universe. ..."