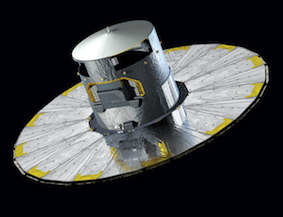 I have a new feature published this week in New Scientist:

"The Gaia space telescope is preparing to launch, promising a celestial self-portrait of a billion stars that will revolutionise astronomy

IT WILL be the biggest selfie of all time. When the Gaia space telescope launches next week, it is set to map a billion stars in our galaxy with unprecedented accuracy – and fundamentally transform our understanding of the cosmos around us.

If all goes according to plan, the European Space Agency's bold mission will blast off from French Guiana on a Russian Soyuz rocket and travel 1.5 million kilometres into space. Far beyond the glow of Earth's atmosphere Gaia will hover in orbit around the sun and start to spin slowly, capturing every celestial object that falls within its gaze for the next five years. As well as charting 1 per cent of the stars in the Milky Way – around one billion of them – the telescope will l ocate planets around other suns, warn us of asteroids in our solar system and pinpoint hundreds of thousands of new and distant galaxies beyond our Milky Way. It is a journey of discovery. "Gaia is going to revolutionise astronomy and I don't say that lightly," says Peter Allan of the Rutherford Appleton Laboratory in Didcot, UK, who is part of the Gaia team. ..."