Skylab's 40th anniversary reminds us of the danger from space debris 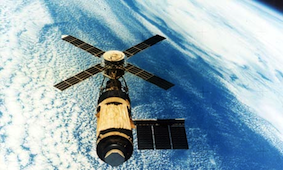 I have a new post on Across the Universe, my astronomy blog for The Guardian.

“Nasa's Skylab fell to Earth after budget cuts left it stranded in space. More than three decades later we are still struggling with the threat from space debris

Today Nasa will commemorate the 40th anniversary of Skylab, America's first space station, launched on 14 May 1973. In a televised discussion, Skylab astronauts, a current astronaut and agency managers are expected to discuss its legacy and the future of manned space flight. ...”