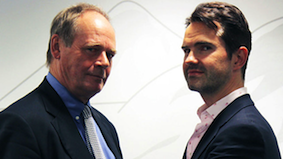 The format is that each guest donates a item (virtually) to the 'museum'. In the process you talk about it and say why you think it is so important to the history of ideas and knowledge. I donated Kepler's first model of the Solar System because it represents the first time a human had made a serious attempt to mathematically understand why the planets were arranged as they are. And also because Kepler wanted to turn this model into a drink dispenser (no kidding). 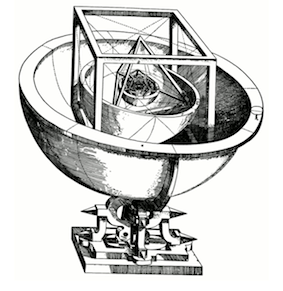 I've been enthralled with Kepler and his work for years. He lived in the 16th and 17th century and was the main character in my novel The Sky's Dark Labyrinth. However, as soon as I began talking about his amazing model on the programme, I realised the mountain I had to climb. It is a nested arrangement of hemispheres, each one held apart from the other by a different geometrical shape. These geometrical shapes are calculated to hold each planet at a precise distance away from the next, and the pipework to make the shapes would be hollow to contain the beverages. Oh, you know what? Here's a picture. Now imagine it filled with booze.

The programme is broadcast at 18:30 on Radio 4 today. F0r a limited time afterwards, you can also listen to the programme here via the BBC website.