Transit of Venus: Measuring the heavens in the 18th century 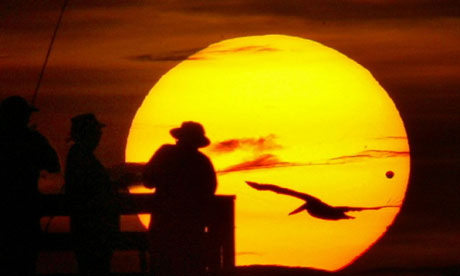 I have a new piece published by The Guardian:

"In scale and ambition, plans to record the transit of Venus were the 18th century equivalent of the Large Hadron Collider.

The 1761 transit of Venus was a watershed moment in the history of astronomy. It was the first time astronomers would have the opportunity to measure accurately the size of the solar system. The distance between the Earth and the Sun had been estimated, with variable degrees of success, since the Greeks, but this was different. ..."
You can read the full article here.