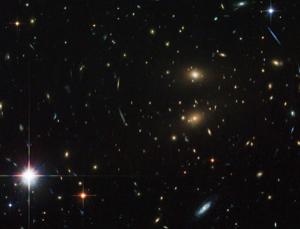 I have a new story on New Scientist:

"It's time to declare a ceasefire in the fight to find out whether the constants of nature vary. What was supposed to be a new superweapon in the battle has turned into something of a damp squib.

Some observations of how hydrogen gas in space absorbs light at ultraviolet wavelengths have hinted that the fine structure constant, responsible for the strength of electromagnetism, is not the same throughout the universe. That would point to exotic new physics, including the existence of extra dimensions and universes other than our own. ..."