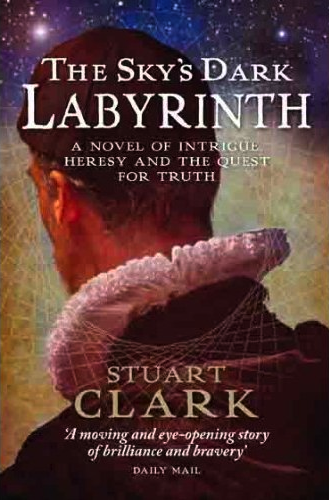 Let’s celebrate!  Today sees the UK publication of The Sky’s Dark Labyrinth in paperback.   Brought forward from 2012 because demand for the hardback was threatening to outstrip supply, I can’t say thank you enough to all of you who have supported this project.  Who’d have thought that a novel about the history of astronomy would become so popular? You can download the promo sheet here.

To keep you up to date, The Sensorium of God, Book II of The Sky’s Dark Labyrinth trilogy will now be published in the first quarter of 2012.  We had originally intended to publish Sensorium about now, but I became so busy promoting the first book that I found it difficult to finish in time – and there’s no way the publisher or I are going to release something in a rush.  So, I’m sorry for the delay but to tide you over, there is a sample chapter of the new book in the back of the paperback (and amazon have it for a nice 32% discount at the moment).

RT @esa: #OurFragileSpace: a striking collection of images from @MaxA_Photo telling the story of the millions of #SpaceDebris fragments tra…