Esa favours moon not Mars for next crewed mission 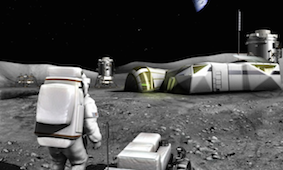 I have a new article published on my Across the Universe blog for The Guardian.

"A new video from the European Space Agency talks about an international effort to return humans to the moon as a stepping stone for future crewed missions.

The European Space Agency has outlined its vision for what lunar exploration could be in the future in a new video released onto the internet today. It comes in the wake of a decision to look into collaborating with the Russians over sending a lander to the Moon’s south pole.

The video is general and contains no reference to any specific future missions, but it is interesting because it seems to suggest that Esa would see a return to the moon’s surface as a precursor to going elsewhere. ..."

You can read the full article and see the video here.