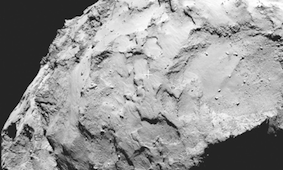 I have a new posting on my Guardian blog, Across the Universe.

"The European Space Agency is playing a high-stakes game but the potential science return makes it worth taking the chance.

Initially, the European Space Agency thought that its chances of successfully landing on Rosetta’s target comet were about 70-75%. Now chances are lower – maybe much lower – but the agency won’t give a figure because it doesn’t have time to re-run the risk assessment exercise.

That in itself shows that Esa knows exactly where its priorities lie. Instead of re-running an academic exercise, it is concentrating on making the landing as safe as it can possibly be. ..."