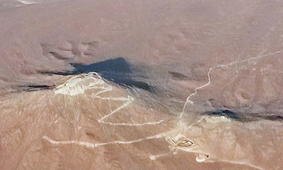 "Construction of the E-ELT monster telescope starts on Thursday with the blasting of a million tonnes of rock from a mountain top. Watch the livestream below.

It was one of the last places on Earth I expected to get a mobile signal. And in a few hours' time it won't exist at all.

Between 17:30 and 19:30 BST, the European Southern Observatory will blast the top off Cerro Armazones, a 3,000-metre-high mountain in the Chilean Andes. And the world can watch it happen live via the player embedded below.

Almost a million tonnes of rock will be blown away in the detonation. This will lower the mountain top by 40 metres and provide a plateau on which to build the world’s largest telescope."

Read the full article and watch the livestream recording here.