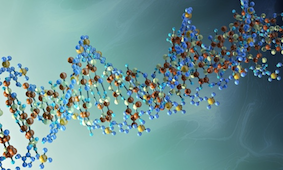 I've been asked to cover the science desk at The Guardian when the newspaper's other correspondents are unavailable. It means you will be seeing some non-astronomy stories popping up every now and again. I hope you enjoy these as much as the spacey stuff.

A controversial technique involving three-parent embryos, designed to prevent incurable genetic diseases, could be ready within two years but unless the government changes the law, prospective parents will be prevented from using it, scientists say.

Mitochondrial disease afflicts around 100 babies born in the UK every year. It is incurable and passed from mother to child. Symptoms include heart, liver and kidney disease, blindness and deafness, neurological problems and dementia.

The experimental treatment, known as mitochondrial replacement, involves taking the genetic material from a man and a woman and cellular material from a third person to create an embryo. It exchanges the faulty mitochondria from the mother with those from a healthy donor. It is controversial because mitochondria carry a small amount of DNA, and the law currently rules out all treatments on humans that require changing their DNA. ..."