The Guardian: What Are Gravitational Waves? 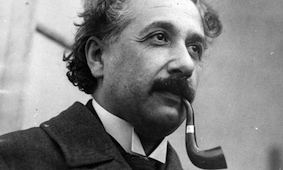 I have a new article posted by the Guardian. It is a Q&A designed to help make sense today's astounding cosmological announcement.

"What does the apparent discovery of gravitational waves by the Bicep telescope say about inflation and the big bang?

What are gravitational waves?

Gravitational waves are ripples that carry energy across the universe. They were predicted to exist by Albert Einstein in 1916 as a consequence of his General Theory of Relativity. Although there is strong circumstantial evidence for their existence, gravitational waves have not been directly detected before. This is because they are minuscule – a million times smaller than an atom. They are like tiny waves on a lake – from far away, the lake's surface looks glassy smooth; only up very close can the details of the surface be seen.

Particularly exciting are "primordial" gravitational waves, which were generated in the first moments of the universe's birth. These carry vital information about how the universe began. ..."