The Guardian: Gravitational waves: have US scientists heard echoes of the big bang? 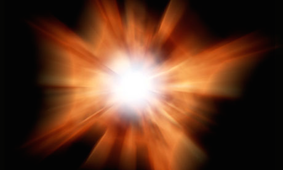 I have an exciting new story posted on The Guardian.

"Discovery of gravitational waves by Bicep telescope at south pole could give scientists insights into how universe was born.

There is intense speculation among cosmologists that a US team is on the verge of confirming they have detected "primordial gravitational waves" – an echo of the big bang in which the universe came into existence 14bn years ago.

Rumours have been rife in the physics community about an announcement due on Monday from the Harvard-Smithsonian Center for Astrophysics. If there is evidence for gravitational waves, it would be a landmark discovery that would change the face of cosmology and particle physics. ..."