The Guardian: The artists who own the moon 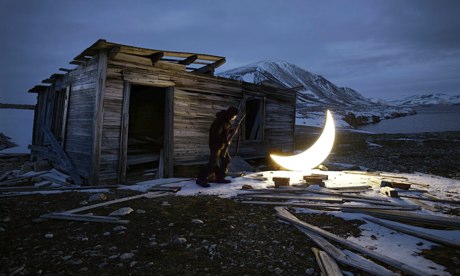 I have a new article in the Shortcuts section of The Guardian's G2 magazine. It is also reproduced online.

"With China sending the Jade Rabbit rover and Google egging on private companies to make their own landings, the race for lunar ownership is hotting up. But has a group of artists got there first?

With as much land as Africa, the moon is a new frontier. Lured by its natural resources, China sent the Jade Rabbit rover there last month. Meanwhile, Google is sponsoring a competition to spur private companies into landing similar vehicles by 31 December 2015. Yet the question of who owns the moon and its exploitation rights is a vexed one.

The 1967 Outer Space Treaty prohibits nations from claiming sovereignty of celestial objects, but is unclear on whether this ban extends to private companies. That makes the Google initiative more than harmless space fun. In law, there may be nothing to stop the competitors from claiming the moon, or at least part of it, for their own commercial exploitation. It could be the start of corporate imperialism in space. With nations hamstrung from competing, this would inevitably lead to private companies holding power over national governments. ..."