The Guardian: Geminid meteor shower begins: watch out for fireballs 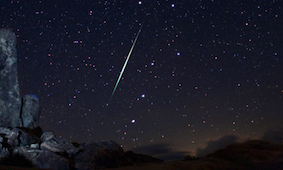 I have a new article on Across the Universe, for The Guardian:

The mysterious Geminid meteor shower lights the skies of Earth between 12 and 16 December and is visible from almost anywhere on the planet. This year the peak rate is estimated to be 100-120 meteors per hour, rivalling the August Perseids, which are usually the most spectacular meteor shower of the year. ..."