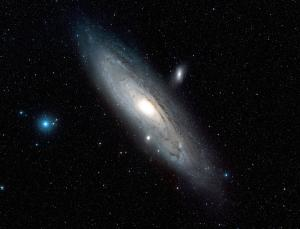 Researchers looking at the speeds of stars in Andromeda's satellite galaxies have found that their motion is a near-perfect fit with what is predicted by modified Newtonian dynamics, or MOND. According to MOND, alterations to Newton's laws of motion and gravity can explain at least some of the observed effects that have been attributed to dark matter.”