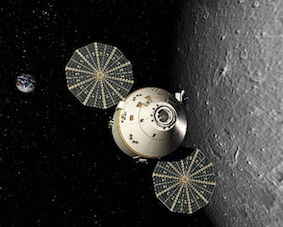 There can be little doubt that Nasa is preparing to return to the Moon but will Europe participate in the effort? We could have a better idea later this month.

My latest piece for my Across the Universe blog over at The Guardian says.

“On Thursday, space.com reported that Nasa could soon unveil ambitious plans for a return to the Moon. The mission would not be to the surface but to a gravitational sweet spot behind the Moon that offers free parking for spacecraft. ...“