From Galileo to the L'Aquila earthquake: Italian science on trial 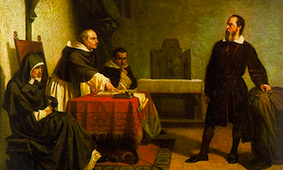 “The Italian earthquake trial, in which six seismologists and a civil servant were found guilty of manslaughter, has an eerie resonance with the Galileo trial of 1633

On Monday 22 October, an Italian court found seven men guilty of manslaughter for their role in failing to adequately communicate the risk of a possible earthquake.

The earthquake struck on 6 April 2009 and killed more than 300 people in the Italian city of L'Aquila.

The experts had been consulted in March that year about the possibility of a major quake after tremors, and the prosecution case hinged on the fact that they had given out "inexact, incomplete and contradictory" information after this meeting.

The question is: was this trial about science or communication?”