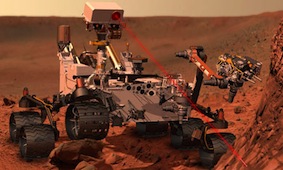 I have a new piece published in The Guardian:

"Nasa's latest attempt to land on the red planet will probably be the last one for a while as budget cuts bite.

Landing a spacecraft on Mars is always risky, but when Nasa makes its next attempt on 5 August the stakes will be higher than ever. Budget cuts have forced the American space agency to pull out of the next planned Mars surface mission. This means that if its summer landing fails, American and possibly the world's exploration of surface the surface of Mars could come to a stop for a decade or more. ... "