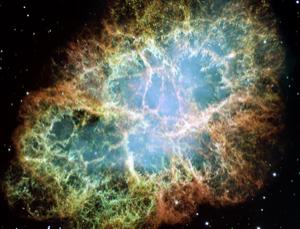 I have a new feature story published in New Scientist:

'WHEN the final thing a giant star does is explode, briefly giving out more light than 100 billion ordinary stars put together, you would be forgiven for thinking that spotting them is pretty easy. Indeed, hundreds of these epic events are seen every year by the armies of astronomers that scan the skies in search of them.

Yet these are just the tip of the iceberg. When astronomers scale up to the number of supernovae they expect to be taking place throughout the entire universe they reach a mind-boggling number: thousands of exploding stars every hour. In the time it has taken to read this introduction, five massive stars have destroyed themselves somewhere in the universe. The energy from these blasts is now racing across space, perhaps to encounter Earth in millions or even billions of years.

But there is a problem. "Up to half the supernovae are going missing," says John Beacom, an astronomer at Ohio State University in Columbus. The big question is, what is happening to these stars? Are they simply disappearing without trace: there one minute and gone the next, or are we simply failing to see their explosive finale? ...'

The full story is here.