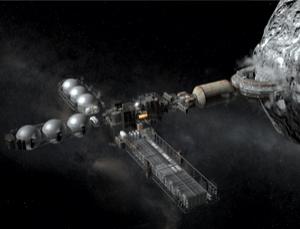 I have a new feature story published in New Scientist:

'ALMOST a century ago, something strange split the sky across North America. On 9 February 1913, eyewitnesses reported dozens of burning fireballs cutting a swathe across the night sky. It was a display unlike any other meteor shower. Instead of shooting stars raining down in all directions, a train of bright fireballs moved slowly and deliberately over much of the continent.

The first sighting was in Saskatchewan, Canada. Burning red-hot from its passage through the atmosphere and trailing streaks of vapour, the meteor train moved south-east, passing just a few kilometres north of New York and then out over the Atlantic Ocean. Final sightings of the spectacle came from Bermuda and a steamer ship near the equator.

The distance between the first and last observing points was 9200 kilometres. To be seen over such an expanse, the meteors must have been in orbit around our planet. The conclusion was compelling: what people had seen that night was probably the break up of a small, previously undiscovered moon of Earth. ...'

The full story is here.